Cool concept, had some fun playing.

The character movement should probably have been a constant value rather than acceleration based -- I found myself overshooting the thruster a few times.

It took me a second to realize what the goal of the game was -- when I saw the gun model I assumed it was an actual gun and not a harpoon gun.

The art seems to contrast a little too sharply. I really liked the no outline marker(?) on the balloon, but then on the bottom half of the balloon it was outlined, and then the ground had really heavy black outlines. I feel like if the whole thing had been done in marker without outlines it would have looked much more consistent.

Thank you for detailed feedback. I am touched by this 😊.
I want to fix and improve some things and your feedback will be very useful for it! 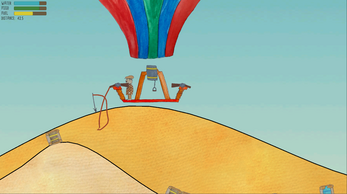 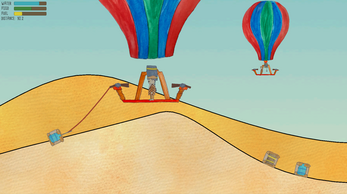 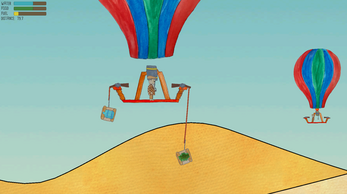